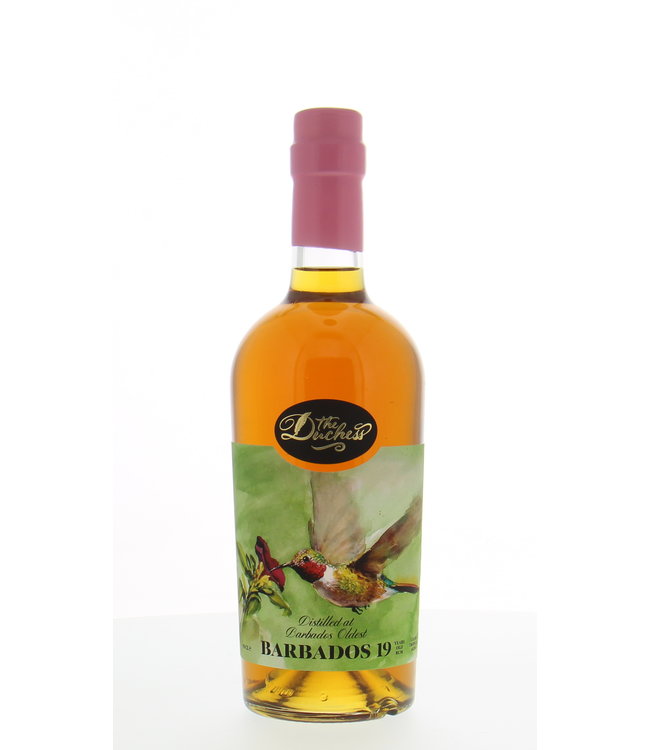 The Tropical Hummingbirds Series has grown into one of our most successful rum ranges, with enthusiasts all over the world. A beautiful series with as usual nothing but pure taste and the highest quality, without added fragrance, color and flavorings. The labels' artistic design is provided by Hans Dillesse, a familiar face as the permanent artist at The Duchess.

About the Barbados Oldest

The Barbados Oldest is a 19-year-old rum from the Mount Gay Distillery in Barbados, the oldest rum distillery in the world. The rum is aged for six years with tropical aging, bottled at a cask strength of 54.3% from cask number 49. We have carefully chosen the name “Barbados Oldest”, due to restrictions that apply to the releases from this distillery.
Mount Gay was founded in 1703, after John Sober inherited a small distillery on the top of Mount Gilboa. The distillery has traditionally produced its rums from sugar cane molasses. Meanwhile, Mount Gay has been closed and completely dismantled, but her legacy lives on. We are very proud to be able to release a rum from this legendary distillery!