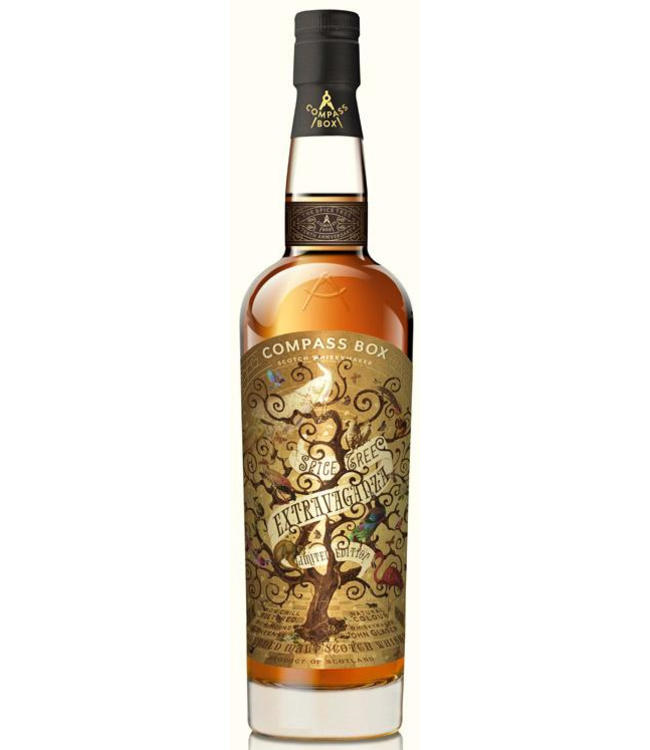 Ten years ago, we were compelled to discontinue production of one of our most innovative Scotch whiskies – The Spice Tree – due to a certain avantegarde approach to cask maturation that was deemed ‘untraditional’.

In the years that followed we were able to work with cooper friends in both France and Scotland to bring back The Spice Tree and now today – on the tenth anniversary of the original bottling being banned – we are proud to release this Limited Edition whisky: Spice Tree Extravaganza. As the name suggests, the liquid draws its inspiration from The Spice Tree but reinterprets it through the use of older components and a significant portion of sherry-cask aged malt whisky. The Spice Tree’s trademark spice character is retained but set w ithin a r icher, more elegant frame with a new depth of f lavour and complexity.