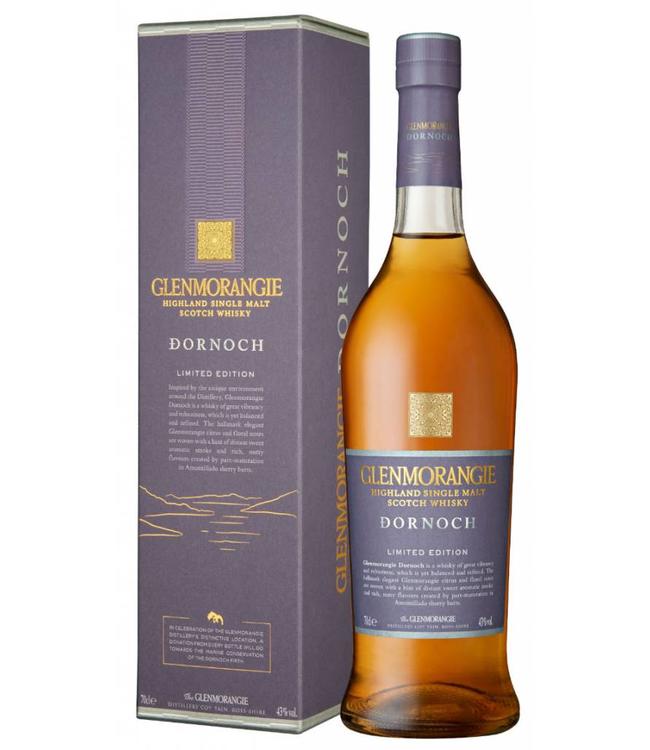 In the far north of Scotland, beside the ancient Royal Burgh of Tain, lies the Glenmorangie Distillery.

Taste: The swirling of under-current of peat adds an unexpected dimension of sweet smoky apples, complemented by vibrant sweet nutty flavours layered upon the rich , warm toffee and dried fruits.

Finish: After tasting you are left with added layers of distinctive floral notes, the softness of vanilla with hints of citrus.