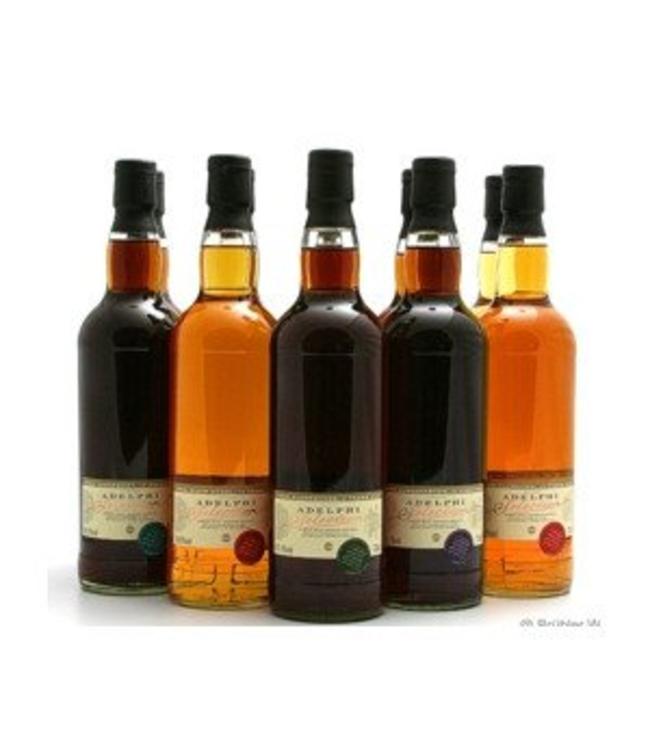 The Adelphi Distillery was built in 1826 in the Gorbals, the people near Glasgow. It was both malt and grain whiskey distillery produced and was one of the most modern of its time. The last owner was Archibald Walker before DCL bought up the case and in 1907 came to an end production. In 1993, the great-grandson James Walker who called Adelphi Distillery revived was. Now, however, as an independent bottler. Quality was much more important than quantity, and so selected Jamie along with Charles MacLean only the best barrels they could find.
In 2004, two friendly buurmannen, Kieth Falconer and Donald Houston, took over the company. Kieth and Donald, and with them, Alex Bruce and of course Charles MacLean, still stand for the highest quality and only want bottling absolute topwhisky with their label on it.
Characteristic of the Adelphi bottlings is a contribution to the whiskey barrels. Curing must have really added to the flavor and character of the whiskey something. Only the best barrels are selected and there is absolutely no concession to quality. This allows Adelphi bottling often more expensive. Of course, these are single cask single malt whiskeys that are not colored, diluted or filtered. During the bottling The best of the barrel comes in the glass.

2 stars based on 1 reviews