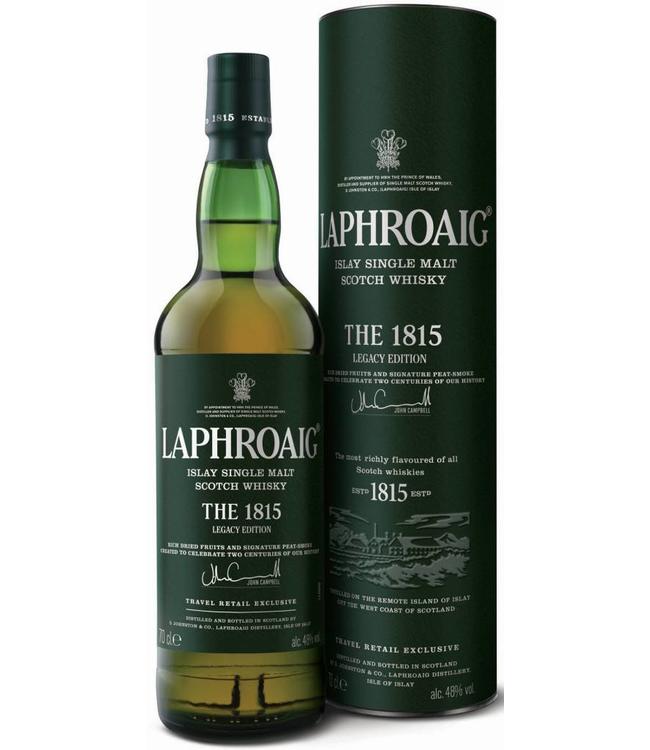 Laphroaig The 1815 Legacy Edition is a new travel retail exclusive expression How many followers will be available from April 2017. The new whiskey takes its name from the year the Laphroaig distillery was founded on the Isle of Islay, 1815.

Laphroaig The 1815 is the creation of the current Laphroaig Distillery Manager John Campbell, it does not carry an age statement and it was matured in first-fill American Bourbon barrels then it was finished in larger new European oak hogs heads before being bottle at 48 % ABV.

Laphroaig describe The 1815 shaft deep sunset orange in color, with aromas of burnt apricot and raisin, They say it combines the signature peat smoke or Laphroaig with soft oak and notes of rich caramelised dark fruit and a dried fruit, nut, peat and oiled- wood finish.