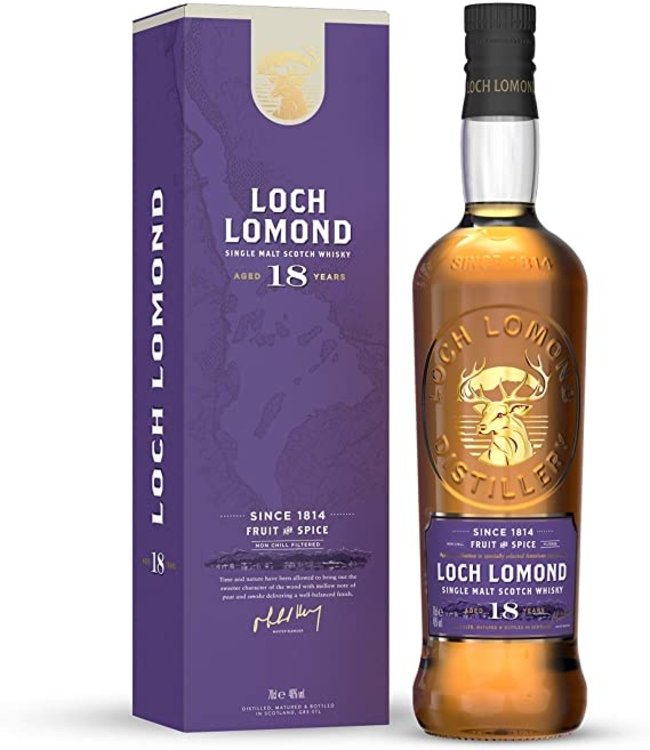 The Loch Lomond Group are the two active distilleries Glen Scotia and Loch Lomond. Furthermore LLG also stock the prestigious distillery closed Little Mill in the ranks. This is the history of the brands of LLG i ... Read more..

The Loch Lomond Group are the two active distilleries Glen Scotia and Loch Lomond. Furthermore LLG also stock the prestigious distillery closed Little Mill in the ranks. This is the history of the brands of LLG is one of the oldest in the Scotch whiskey industry. The brands of the company are characterized by the typical identity of the areas where the different whiskeys come from.

The distillery Loch Lomond is located in the city of Alexandria on the border between the Lowlands and Highlands. Two whiskeys are distilled here with a lot of passion. Namely, Loch Lomond and Inchmurrin, the last Inchmurrin brand is a single malt whiskey named after the largest island in the mythical 'loch' 'where also the distillery is named, Loch Lomond.

The area was decades with the Speyside the epicenter for the Single Malt whiskey industry. However, there are several distilleries closed during the years that the 'Loch Lomond Distillery' is unique in its kind. The distillery with the same name mythische- and largest lake in Scotland is characterized by the variety of whiskeys that it distills. It is one of the few distilleries in Scotland which both aged Single Malt Whisky, non-aged single malt whiskey, blended whiskey as a 100% grain whiskey merchandises. Also, the whiskey comes from the Loch Lomond Distillery Captain Haddock's favorite whiskey from the comic strip Tintin.