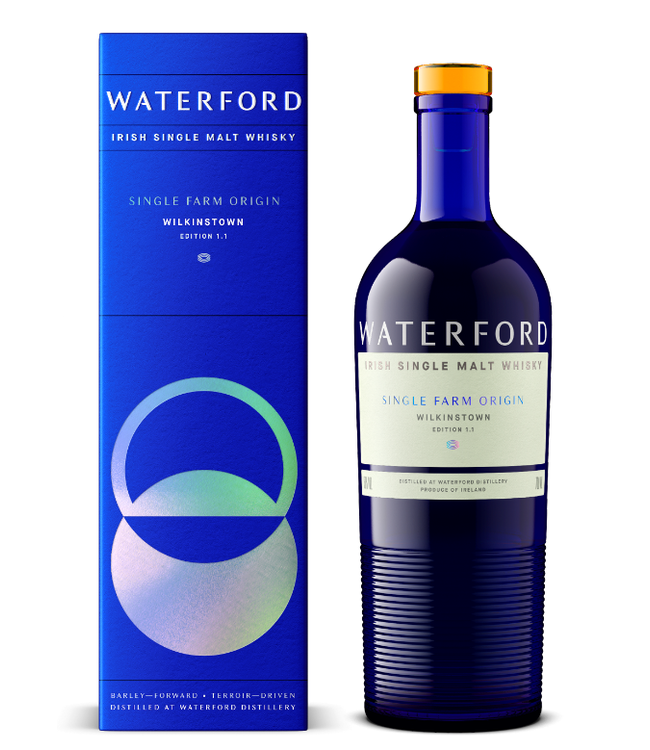 Three miles west of the town of Wexford, Ireland and near the mouth of the River Slaney , was an ancient castle with a rampart and graveyard. Nowadays barley is grown in this place by third generation grower Ger Kelly. On his farm called Wilkinstown, the humble Ger Kelly has been growing his barley on this beautiful piece of Ireland for years. It is a flat terrain, characterized by the estuary and influenced by the maritime microclimate.

The whiskey made with Ger's barley, Waterford Wilkinstown 1.1., Is exclusively selected for the Dutch market and only available through De Monnik Dranken. A beautiful whiskey, from a special distillery, where they are not afraid of innovation and challenges. The terroir of each farm is captured in spirit, yielding whiskey of precision and rarity, showing the diversity of barley from Individual Irish farms and crops.

Finish: A long tingling of spices, which dries to a warm sweetness.