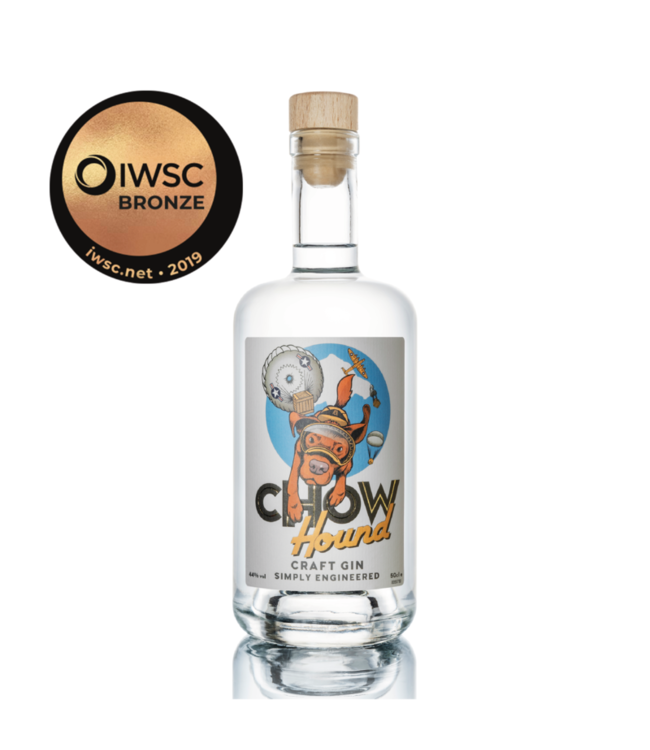 Chow Hound Gin at 44% abv is a playful gin with an emphasis on the cardamom, coriander and cinnamon, which results in a warm spicy gin, perfect for the autumn and winter.

Chow Hound gin is based on the American mission that happened at the end of WWII. So using our Chocolate Labrador as inspiration created a character that speaks of determination, salvation and ingenuity.

After the winter of desperation when over 20,000 dutch died from starvation and just before the peace treaties were signed, an agreement was made between both sides to allow USA and UK airforces to drop food parcels over the Netherlands without the threat of bombing from the ground. The food that was dropped over Valkenburg where we are based was from the US airforce and they called their mission Operation Chow Hound.

Today the Netherlands, one of the smaller EU countries is now one of the world leaders in food agriculture technology and training. The innovation that they are using results in the country only being second to the USA in exporting food.