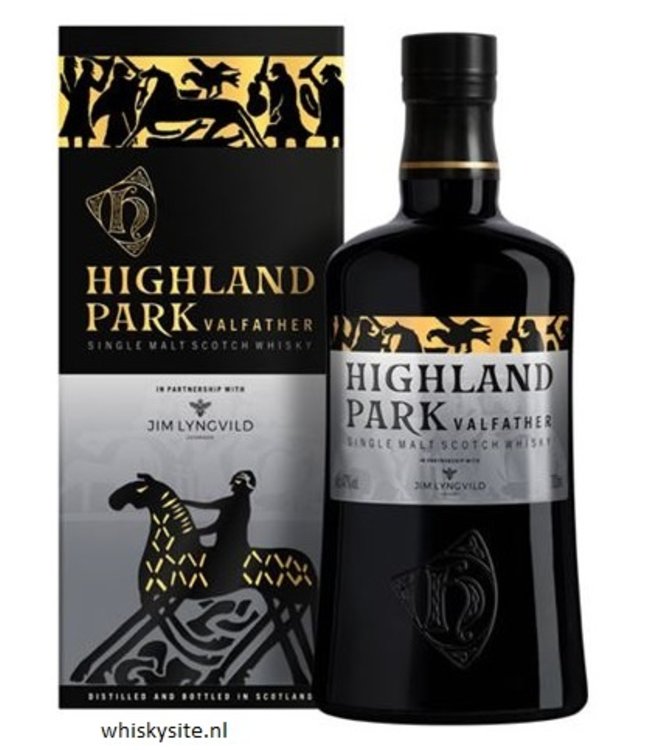 The Norse sagas tell us that Odin, the mightiest of the ancient gods, takes on many guises and is known by many names. As VALFATHER – Father of the Slain – he presides over the golden hall of Valhalla.

VALFATHER – the final whisky in a series of three special edition Viking Legend releases – is inspired by Odin, the mightiest of the Norse gods. The most peated whisky we have released to date, it is matured entirely in refill casks to give beautifully balanced layers of flavour and a character as complex as Odin himself.

Odin is associated with wisdom and knowledge; with sorcery and poetry; with battle, frenzy and death. The old legends also tell us of the tame beasts who bring him both protection and support – Sleipnir the eight-legged flying horse; the tame wolves, Geri and Freki; and Huginn and Muninn, his loyal ravens – but is at the jaws of the savage wolf, Fenrir, that Odin finally meets his end at Ragnarök.

Odin is called All-Father because he is the father of all the gods. He is also called Father of the Slain [Val-Father] because all who fall in battle are his adopted sons. With them, he mans Valhalla…