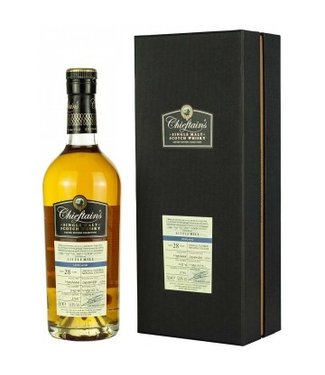 Little Mill was a whisky distillery in Bowling, West Dunbartonshire. It was on the border of the Low and Highland Areas and is generally grouped under the Lowland whiskys.

It is unknown when the first whisky is distilled at Little Mill. Little Mill was named in the 1750s when Auchentorlie Estate was sold as part of the estate. In 1772, there were houses built for excise tax officials raised on whisky distilleries. It is also the year in which Little Mill claimed to be. Founded Thus, claims the oldest distillery in Scotland to be.

The distillery is then often changed owners. In 1817 Matthew Clark & Co. eigenaar.Nadat in 1823 the excise system for producing whiksy was modified, and official production was much cheaper, Jane Macgregor was the licensee for distilling. Around 1840, the Little Mill owned by Hector Henderson, a entrepreneur who was a shareholder in Campbelltown distillery in 1837, and was also the founder of Caol Ila. In 1875, when the property was held by Hay, the distillery was rebuilt and expanded.

In 1929 the distillery was shut down. Production was resumed in 1931 when Duncan Thomas took over the distillery. He experimented with new techniques in the distillery. The malting process a Saladin Box was built with a unique design with two ventilation towers and a single drying oven (kiln). The copper boilers were outside of an aluminum skin features, and instead of a gooseneck recitficatiekolommen were on boilers fitted to regulate the degree. Distillation precise Instead of three-fold Distillation, which was common among lowland whiskys dual distillation was used.

The distillery has simultaneously created three different types of whisky, which was partly possible because of the different degrees of distillation recificatiekolommen that were possible: a heavily geturfte type called "Dumbuck" a full, rich whiskey "Dunglas" and a light, more traditional lowland under its own name "Little Mill". In 1972, the production of Dumbuck and put Dunglas stop.