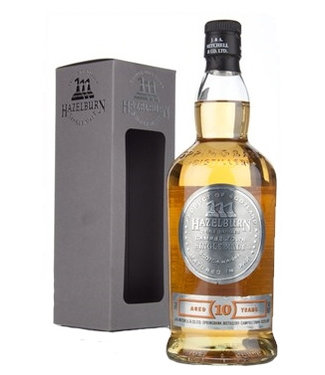 The newest addition to the range of whiskeys produced at Springbank, Hazelburn gains it's light, delicate character through being distilled three times in the distillery's old copper stills.

Hazelburn is made with barley unpeated, making the spirit light, fruity and very, very subtle.

1997 saw the first distillation or Hazelburn and the first release of the whiskey as an eight year old in 2005 was so successful That All 6,000 bottles sold out within a matter of weeks.

Like Longrow, Hazelburn is named after one of the old Campbeltown distilleries. Most of the distillery buildings are still standing, though the distillery is long defunct.