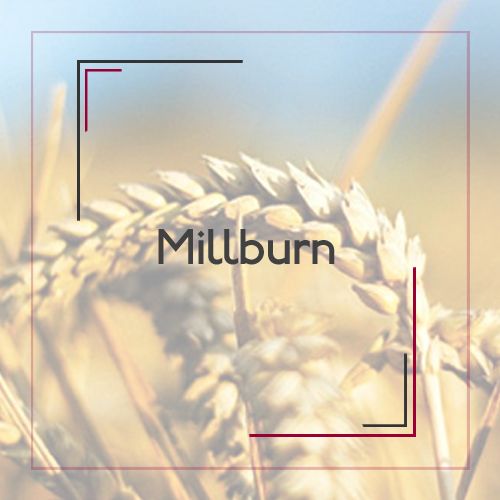 A Mr. Welsh Allegedly established the Millburn 1807.located on the eastern side of Inverness on the banks of the Millburn.

At some point in the mid 1800s David Rose a local corn merchant was operating the property as a mill.

Alfred Bernard described the distillery, in his 1887 tour, as "The distillery is about 1 mile from the town on the old Roman road, that leads to Fort George, and it is situated under the brow of a steep hill, All which faces the sea . It has a very handsome appearance and is built of stone Principally. The open cooperage, gene rally an unsightly building here is beautifully enclosed with trellis work, painted a rich green. "

After a number of changes in ownership the distillery was acquired by Booth's (Gin) Distillery Ltd.. The following year in 1921 they. had to rebuild Millburn after a serious fire.

DCL mothballed the distillery in 1985. In 1988, the site sold for property development was. The site is now host to a Beefeater restaurant and pub called "The Auld Distillery" on Millburn Road.

One time important contributor to the vatted malt whiskey "Millburn".